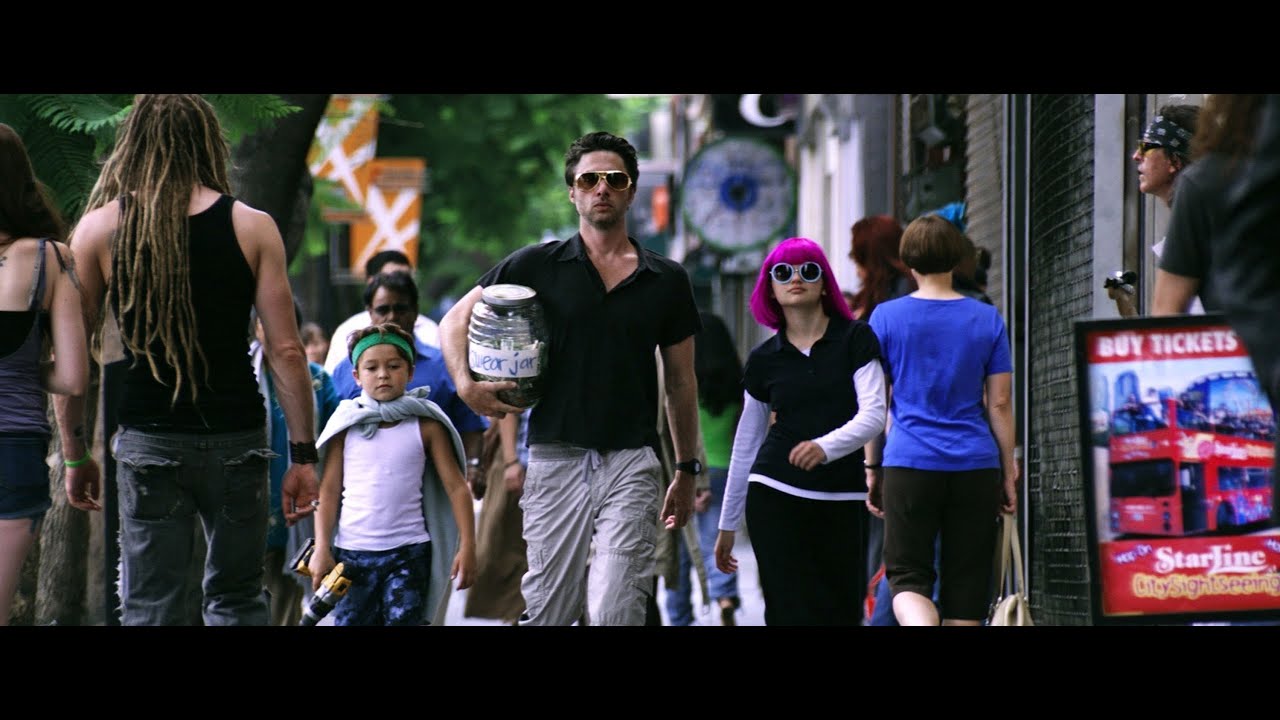 Wish I Was Here

Note- I am a backer of this film.

The Short- Another successful Kickstarter campaign turns into semi successful film in Zach Braff’s sophomore effort. Wish I Was Here is funny, deeply moving, and well written with an excellent cast. If you were a fan of Garden State you will struggle to not enjoy Wish I Was Here. If you are not a fan of Braff’s and are not a fan of Garden State you may find it to be over indulgent and similar to his past work.

I know the debate for and against Zach Braff and his first film Garden State, one of the great movie soundtracks of all time, a funny, heartbreaking film that boosted Natalie Portman’s career and made Peter Sarsgaard a star. For as many people that truly loved that movie there are others who find it messy, over indulgent and silly. I am a big fan of Zach Braff, he made Garden State the way he wanted too and refused other opportunities to direct because he wanted to keep his vision (Another act some like and some don’t). There is something admirable in only making the films you want to make and not wasting your time on something that gets too watered down by someone else’s vision.  So when he followed directly behind The Veronica Mars movie with a Kickstarter for his film I was fully onboard. I wanted to see what this experience would be like after having just participated in the Mars Kickstarter (I am a huge fan of that show and was a somewhat bias member of that Kickstarter). I understand the case against Braff's Kickstarter I don't care for the argument but I understand that he is an actor who is wealthy but movies cost money and as fans we have the right to put forth whatever amount of money we want. If you didn't want to see the movie and didn't care for the Kickstarter you also had the option to not give money, it is nice how the whole Kickstarter thing works. But enough of my blabbering on let’s get to the actual review.

In Wish I Was Here, Braff plays Aidan, a struggling actor whose not so supportive father (Mandy Patinkin) has cancer that is clearly too far along to be curable. Aiden is a dreamer, a champion of living in your own world and occasionaly he visits a space-esque story where he is the hero running toward an unknown end. In a last ditch attempt to cure the cancer  the father attempts a new treatment that forces the money supposed to go to Aiden's children's schooling at the local Yeshiva to go to the experimental cancer treatment. Wish I Was Here is about a man struggling to lose his childhood dreams and grow up. The wonderful cast that includes young child actors on the rise Joey King (The Conjuring, FX's Fargo) and Pierce Gagnon (Looper, Rio 2). The kids take center stage in many of the scenes, stealing them from Braff and female lead Kate Hudson. Gagnon is wonderfully funny while his onscreen older sister King is great as a young girl struggling with the lack of schooling especially as she begins to question her school given faith. Josh Gad (Frozen, Jobs) plays Aiden's slacker brother whose strained relationship with his father leaves him indifferent to his dad’s condition. Gad plays up being the stoner brother but it's only until the film’s final half hour we get to see him really get into it. Gad is excellent but underutilized his character is angry, sad, and yearning for attention but Aiden's story is too important to the pacing of the film for Braff to give Gad any more screen time but he is missed.  The film has a number of little cameos most of them are short lived but funny supporting roles from Jim Parsons, Donald Faison, and Michael Weston. All are funny while Parsons and Weston get the most to do; Faison's cameo is the only one that will leave you wanting more. He appears as a salesman at an Aston Martin car dealership, the interaction is as usual very funny between Faison and Braff but it's not nearly enough.

Wish I Was Here is not a perfect movie, the Braff brothers seem to try too hard to get enough jokes in the story to have it float between comedy and drama. The other worldly dreamscape that Aiden visits is only used a few times and isn’t used enough to explain Aiden as anything but a day dreamer. Braff likes to show emotion but he also wants to take advantage of a scene where emotions are shared, his character says something profound and a new song by The Shins, Coldplay, or Bon Iver flows. It’s a trick that worked on Garden State but now it seems low class, too easy, for the 2014 Dramedy. His soundtrack is so good that he wants to show it off, which isn’t a bad thing but placement does matter.  It is an impressive feat to pull popular bands out of hiatus or retirement or even get a band like Coldplay to write a song for Catpower in the titular ballad Wish I Was Here. The songs find homes in cliché spots whether it’s right at the beginning of a big important scene or right at the end. The songs are beautiful and add to the emotion of the scene especially Bon Iver’s Heavenly Father but they are nonetheless put in an expected spot.

I connected deeply with his story not because I have anything in common with Aiden but the idea of giving up on a dream to move on with everyday life is something that at some point most of us have to deal with. Wish I Was Here is an emotional film with good characters, an absolutely wonderful soundtrack and good direction from Zach Braff. It doesn't hit every high note but in a way it doesn't have too. Zach Braff has a made a movie that his backers wanted, he was hoping to make a movie that connected with everyone (reviews have been a bit low with a 39% rating on rotten tomatoes) but for now he may have to handle with making those who helped back his movie the happiest. As a backer of the film I was happy with the final product, it did the job I expected of it. Wish I Was Here is still a touching film and worth the price of admission.

Wish I Was Here