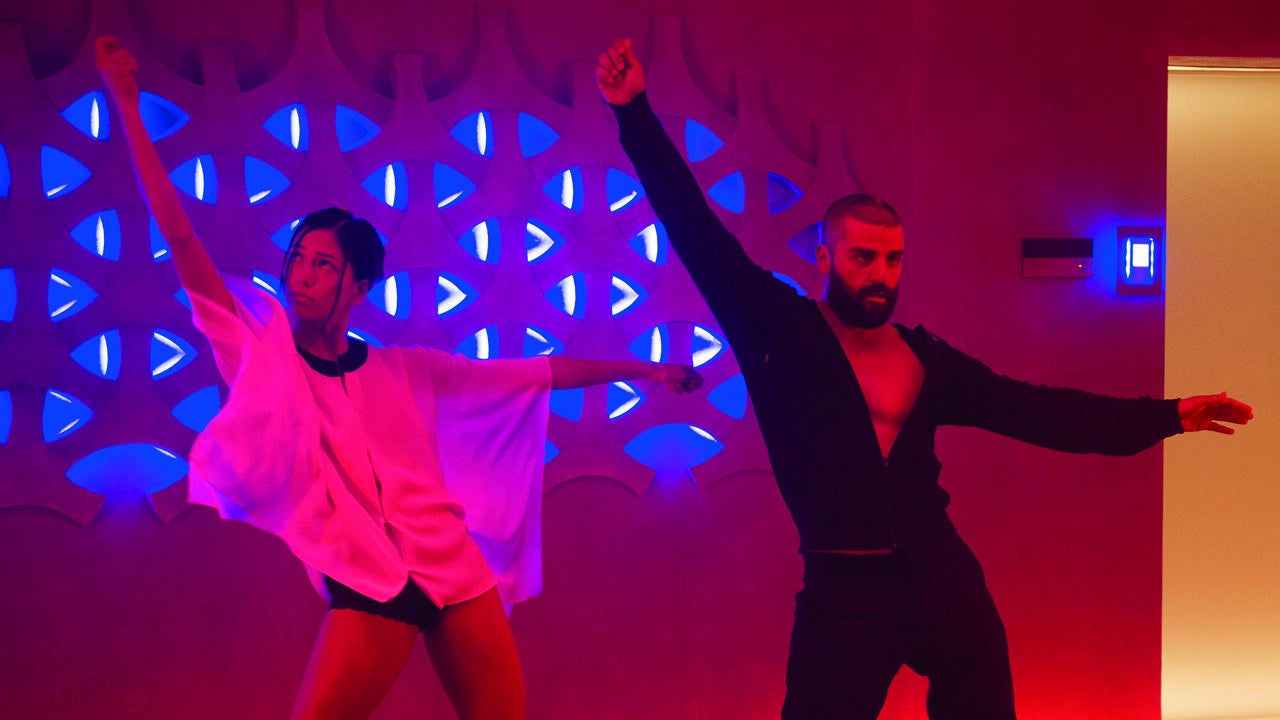 2015 was a heck of a year for film, we had glorious blockbusters, intense indie dramas and a number of excellent surprises. You can see my top 10 list below as well as a few movies that deserve recognition.

Creed might be the biggest surprise of 2015 in that at first glance another Rocky movie about the Bastard child of Apollo Creed may sound like studios trying to sell tickets and instead it is one of if not the best Boxing movie since Rocky. Ryan Coogler and Michael B. Jordan stand out as two of the biggest Oscar snubs of this year and Sylvester Stallone gives one of the most gut wrenching performances of the 2015. It’s a wonderfully shot movie that will have you yelling at the screen for all the right reasons.

If you would have told me before the films Trailer debuted at last years San Diego Comic Con that Mad Max Fury Road would be a major Oscar Contender, I imagine I would have chuckled. Today It’s merits are not in doubt. George Millers excellent direction take this movie into the rarified air of Action Movie/Best Picture Nominee and it’s much deserved.

First off, why did this movie come out in march? It was definitely effected by it’s early release date in that Alex Garland, Alicia Vikander, Oscar Isaac and Domhnall Gleeson all provide Oscar Bait-y performances in this sci-fi drama. It’s wacky, gorgeous and totally enthralling and one of my favorite movies of 2015. Vikander gives one of the most fear inducing, seductive performances put to film this year and while she is a front runner for her other role in The Danish Girl you have to wonder why she was left off for Ex Machina.

As a person who does not partake in the celebrity talk, obsessed with TMZ culture we have now I didn’t know a lot about Amy Winehouse’s roller coaster career. Amy is a graphic look into the singer’s life and her struggles with drugs and alcohol, with interviews and never before seen private videos. It’s a gorgeous documentary but also sad as you go through the singer’s achievements as she struggled to stay healthy.

If you didn’t know Saoirse Ronan (Lord knows nobody knew how to pronounce her name…it’s Ser-Sha for those of you unfamiliar) before then you will after her Oscar nominating role as an Irish immigrant living and falling in love in New York’s most popular borough (Yea, I know (Insert) is the best). The entire cast is incredibly good, the second movie on this list featuring Domhnall Gleeson but it’s Ronan’s performance as the home sick, and in love immigrant that will leave you totally blown away by the actress and her abilities.

Disney Pixar knows how to take you on an emotional journey but Inside Out is one viewers can relate too. With incredible voice acting (Phyllis Smith provides another reason some voice actors should get more recognition, and a story that will make you laugh and cry in equal measure. It’s just another in a long line of greatness thanks to Disney Pixar, and is probably the first real animated film to be snubbed for a Best Picture Oscar nom in some time.

There may not be a better performance in all of 2015 then the one by Brie Larson in the tiny indie flick Room. Larson stars as a women held captive with her son for 7 years and their struggle to free themselves. Larson gives a heroic performance along with stand out and greatest acceptance speech giver of all time Jacob Tremblay. Tremblay stars as Larson’s adorable and naïve little boy and is again another Actor who deserved every piece of recognition, but it’s Larson who will runaway with the Best Actress Oscar and hopefully earn some more juicy roles going forward.

Who would have thought we would enter February with this film as the top Oscar contender thanks to some PGA love. It seems to be one of the more divisive best picture front runners of the season thanks to it’s unlikeable characters and comedic storytelling but a movie about the housing crisis in less sure hands would have been a boring mess. Adam McKay delivers with his ensemble cast a funny and interesting film about something too complicated for most and uses funny and new devices to move his story along (you can thank fantastic cameos by Margot Robbie, Selena Gomez and Anthony Bourdain) but also the energy brought by Steve Carrell, Christian Bale and the never been more charming Ryan Gosling whom take The Big Short into the top 3 of this list.

I read Andy Weir’s book a few months before the films release and I was stunned by it’s humor and elegance but The Martian is made for the screen and in the right hands it became of the year’s favorite films. Having seen it a few times now I can confirm that any other year would have left us with Matt Damon as the proper front runner for Oscar season, but thanks to Leo DiCaprio, Damon can only play spoiler but the Martian is the best film Ridley Scott has made since Gladiator and one of the strongest ensemble casts of the year, only second to my favorite film of 2015.

There are very few times a year when you can leave a movie in total silence, yet upon multiple viewings of Spotlight, silence was the norm and thanks to the wonderful direction, and writing of Tom McCarthy and a number of excellent performances Spotlight takes the number 1 spot. It’s the best movie about Journalism in decades (All The Presidents Men) and from a story telling perspective it’s one of the more engrossing movies of the year. An excellent cast led by Mark Ruffalo, Michael Keaton, and Rachel McAdams who all deserved recognition for their roles but Spotlight is a rapid fire drama about the Boston Journalists who uncovered a widespread cover up of sexual abuse by the Catholic Church and it was a perfect film.

The Revenant- Was it one of the top 5 movies of 2015? Absolutely, but as I got writing this list I had to have one casualty of the quality of films we saw this year and after most recently seeing Amy, and Brooklyn, I had to take off something and The Revenant was it. It’s arguably the most beautifully shot movie of the year and also the most violent but DiCaprio alone makes this the biggest films missing from my list.

The Hateful Eight- Having sat through the 3+ hour Roadshow production, I can tell you I thoroughly enjoyed each and every moment of Quentin Tarantino’s Western. It’s funny, bloody, and gorgeous but it wasn’t better then any of the films above.

Star Wars: The Force Awakens- It brought me back to childhood, watching with wide eyes and a massive smile on my face. TFA made me feel feelings, and it was probably the movie I saw the most this year. It was grand, and good fun but after further review I found that my love for each and every moment wasn’t enough for it to crack this list.

Weirdest Moment from a Movie that Made my List- Nathan Tears up The Dance Floor In Ex Machina- This scene leads into the most pivotal moments of Ex Machina and it is one of the most bizarre, surreal, and ridiculous moments in a movie all year. Check out the NSFW (Language) below or you can watch this looped clip of just the dancing below.

Worst Movie I saw this Year- Fantastic 4-What a Damn shame…. wastes a perfectly good cast on bad dialogue and spastic, unorganized direction.

Best Performance in a Movie that Didn’t Make the List- Will Smith- Concussion- Yes you can now yell TELL THE TRUTH at friends and it be a pop culture reference but Concussion will make you like the NFL less then you already do and it’s a particularly good movie that somehow got no traction with voters. Smith is excellent and gives his best performance in years.

Best Horror Movie- It Follows- This movie has it’s flaws but it’s one of the most jarring and memorable films of 2015.

Most Surprisingly Scary movie of 2015- The Nightmare-I saw this movie after being sent the trailer and Hot damn is it not one of the lowest budget but scary as hell movies I have ever seen.

Movie You Didn’t See or Hear About but Need To- Slow West- Michael Fassbender leads this classic western and if we didn’t get as many westerns this year it would have been the best. Short and sweet, Kodi Smit McPhee and Fassbender are a particularly good duo and Slow West is just one of those movies no one has heard of but should.

Movie You Heard of But Didn’t See- Steve Jobs- Can I vent for a second? STEVE JOBS HAS ONE OF MY FAVORITE SCENES IN A MOVIE ALL YEAR…AND NO ONE SAW IT!!! Ok sorry but seriously Fassbender Vs Jeff Daniels is one of the best moments in cinema this year and no one watched it. Sorkin wrote another beauty and again…no one watched it. Loved this movie, saw it twice and loved it both times but it faded from discussion and bombed at the box office so quickly that I’m shocked voters remembered to nominate the wonderful Kate Winslet for Best supporting actress.

Best Super Hero Movie- Ant Man- Paul Rudd was hilarious, Michael Pena as usual is awesome and this movie opened doors that may have been previously closed. Like Guardians of the Galaxy, it was a funny as hell Superhero movie and while it isn’t perfect it was more fun then Avengers: Age of Ultron and that was the only criteria for picking this category.