The Short- While the action is entertaining and the story will make you hopeful for a proper origin of one of the great movie villains ever, Dracula Untold never reaches anything close to its potential. Generic and flavorless, Dracula Untold is nothing short of a missed opportunity.

The Story of Vlad the Impaler is a bloody interesting tale; Prince Vlad (Luke Evans) a former warrior rules over his people peacefully. When the Turkish empire returns to his land to claim 1000 children for their army, the prince, already a brutal warrior will stop at nothing to save his people, Even if that means making a deal with a mysterious creature(Game of Thrones’ Charles Dance)  living in the mountains near his castle.

Dracula Untold got off to a rocky start long before it hit theaters, when Universal and Legendary pictures set the film for a PG13 rating. A Dracula movie that holds back due to a PG-13 rating did not sound like an attractive proposition for most, and sometimes a remake or a reboot of more violent fare that gets a PG-13 rating loses some of that creative steam. This happens to be one of those times when the films rating is a hindrance on what we can and cannot show, first of all because the story of Vlad the Impaler is inherently violent and that violence is a major part of the transformation. Vlad a brutal warrior who has left his mass murders and impaling’s behind him by the time the film begins, and that retransformation back into the monster he once was is such a crucial part of the story and it’s actually rather boring in Dracula Untold. They show some of the violence but being a movie about a blood sucking vampire it lacks a lot of blood and too much CGI. The violence is so stylized that the even the site of thousands of impaled corpses is not shown or felt with any shock or awe. It doesn’t help that Luke Evans may have been miscast in the lead role. Evans might be a fine choice for Vlad the Impaler and even does a good job in The Hobbit films but Evans lacks the depth required to bring such a classic character to life. Maybe we have been spoiled by Bela Lugosi as the original, Frank Langella and Gary Oldman in other remakes that the sight of a guy built more as an action star being placed in this role seems odd. The more likely excuse is that Dracula Untold was never supposed to be a horror film or a creepy thriller but exactly what it is, a stylized action movie that’s lone job is to put butts in seats. 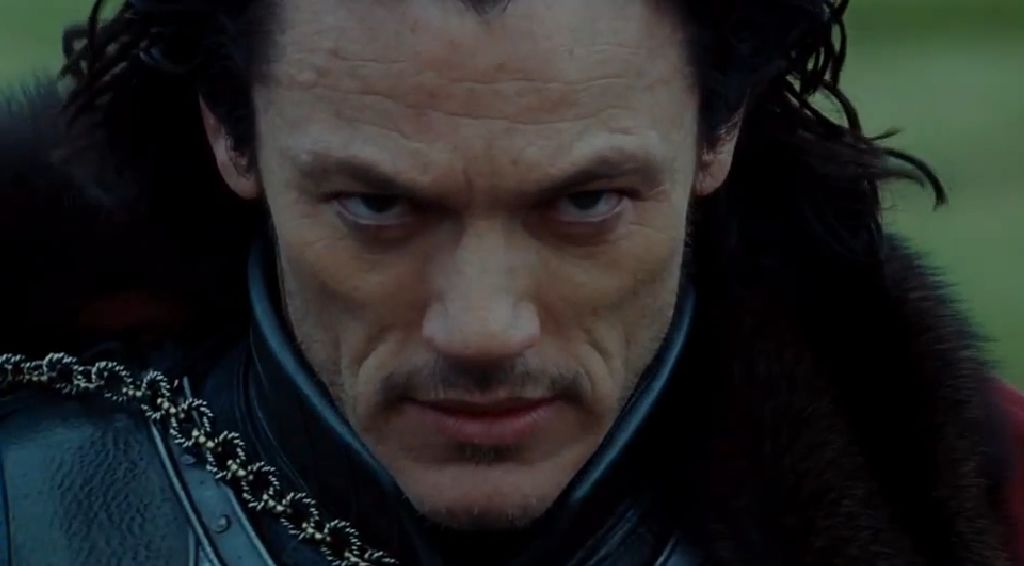 Dracula Untold is supposed to be a prologue in a much larger plan for Universal Studios to reboot all the classic monster movies, they are off to a fairly bad start, the film’s clunky script and a lack of creative vision force Dracula Untold almost directly into formula. Not even the attempted creepy scenes featuring Charles Dance (Game of Thrones) as the creature are very good. It seems that the first time director Gary Shore and his team of writers were not given creative wiggle room to make a movie that is a 21st century update and an interesting origin story, or maybe the studio, in an attempt to make the movie connect with a certain demographic that do not know the classic films tried to change things up. Either way what we see on screen is a total bore, once you get past a few interesting action sequences Dracula Untold has no visible substance, an easily forgotten action film.

It seems for some reason Universal saw a way to begin their own Marvel universe featuring the classic movie monsters of old but they were too busy seeing dollar signs to maybe check and make sure that was even something we wanted. Dracula Untold does not work, sure the action is cool but for lack of a better term Universals Dracula Untold lacks bite. It’s also the lack of blood that ultimately makes it a forgettable failure, a waste of time and valuable resources that could have been used to make a dark homage to the Dracula of old. But hey at least it made money at the box office, so hopefully they can rebound if we get any future sequels.

Based on the characters from Bram Stoker