What would you do if you hit it big?

Filmmakers are keen to push the envelope, always seeking new ways to blur the line between fantasy and reality. In "Go Scratch: A Dreamers Documentary", writer director Adam Bertocci attempts a new take on the already oversaturated genre of reality show/mockumentary entertainment media. I spoke with Adam about his film, his process, and the tropes he explores in "Go Scratch." 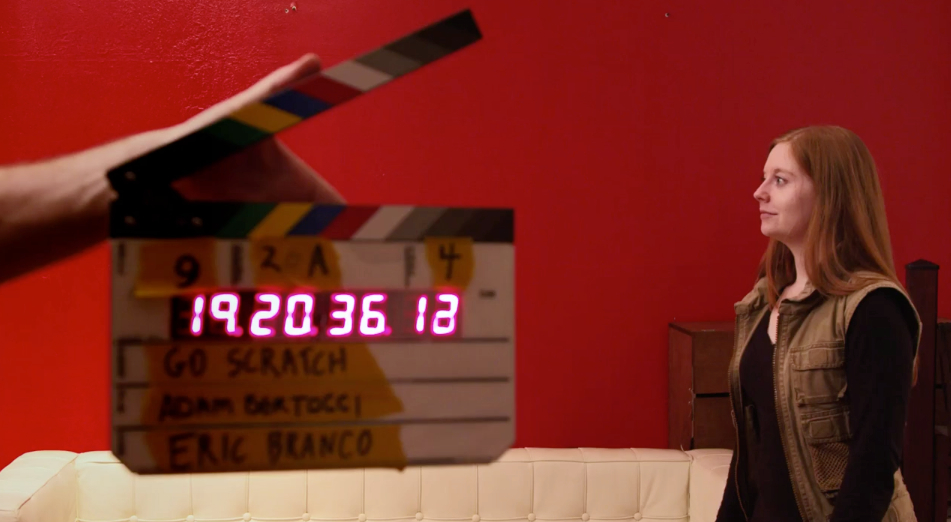 The plot in this 20-minute film is simple enough: a small documentary crew invites four friends to get together to play the lottery and to muse about what life would be like if they were to win a significant sum. "I used to scratchers because they are cheap and immediate," explains Bertocci, "I have fond memories of them from when I was a kid. I still play the lottery from time to time and I have a system: I only play when I'm feeling lucky."

Of the four friends that were invited, three of the friends show up to this "social experiment’: Tori (Lindsey Carter), Beth (Shiloh Klein) and Zephyrine (Brianna Tyson). These women are all traditional character types, Zephyrine is the pretentious academic, Beth is the free-spirited dancer, and Tori is the street smart rebel. Each of the women are filmed playing 25 lottery scratch-off tickets while they answer, as a monologue, questions about their lives posed them by Bertocci, who plays himself as the documentarian. 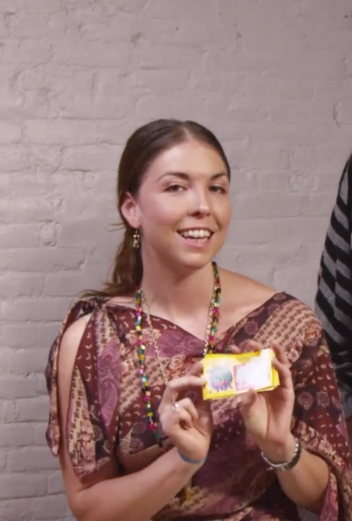 Throughout the film the friends are handled by a demure and goofy production assistant, Kelly (Becky Byers), who plays her role skillfully, keeping her character's true purpose a secret until the very end. “Becky was able to do a lot with a little,” Bertocci explains, “I wanted her character to be noticed, remembered and liked, but we arent really supposed to be paying attention to her.”

“The story was built around characters,” Bertocci adds, “Lindsey gives off an air of supreme confidence, so she was perfect for Zephyrine; Shiloh is a dancer...very sweet and likeable; Lindsey is fearless and I knew she wouldn’t mind ripping on me if I asked her to...She plays more of a true character than the others...sort of a villain.”

The actors in this film were given a large amount of latitude to improvise during their individual monologue scenes, in fact, all of the scratchers scenes were off script and the results of the lottery tickets were real. Bertocci describes his film making process: “All of my movies are going to have improvised scenes, where people can just do what they're capable of. Those improvised scenes are fun to do and give me something to play with in the edit. I work best by shooting around a movie, then finding my way in the edit.”

Overall, Go Scratch is a cute yet sometimes clumsy, semi-novel take on the seemingly non-existent boundaries between scripted drama and documentary. The editing and production is reminiscent of an MTV reality show but there is an almost humorous self-awareness of that quality shared by the actors and audience. “There’s lots of things that I would have done differently if I could do it again,” Bertocci laments, “it’s too long, I know; the lottery ticket bits sometimes came across a little fake.” 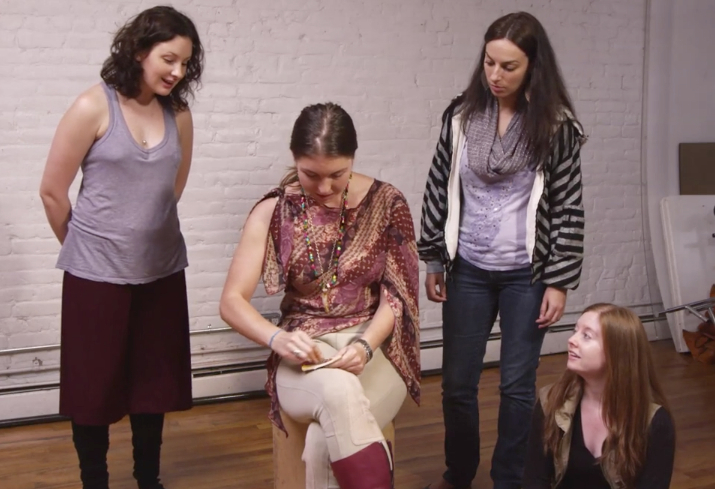 “Do you believe in luck?” (Image: Adam Bertocci)

For Bertocci, it’s the subtlety of the theme that makes this film something in which he takes pride, “...even if you do start picking up on the fact thats its not real, there are still plenty of twists and turns.” While some of that subtlety is lost in the reality-show style editing, there are still a few instances of the “small, human moments” that Bertocci has attempted to capture. This film drags at times and some may find it pointless, but that very well may be the point of this “social experiment.”

Tell us what you thought of the short film below!

Buckshot Grayhall is a screenwriter, a father, an amateur dog trainer and he has loved art & film as long as he can remember. Buck studied sociology at San Diego State University and uses his background in social theory and research as a tool in his writing and reviews. When he's not writing you'll find Buck most days surfing at the pier or running with his mutt.

Submit your short film for review

The Reasons I Shop Online

The Horrors of AutoCorrect

Attack of the Killer Sock