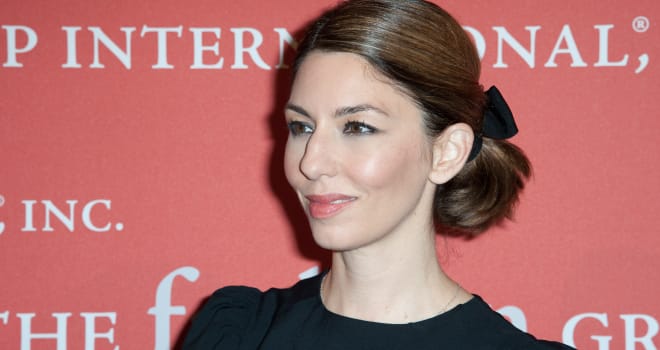 . Well maybe we are one step closer to that reunion as Deadline is reporting that Sofia Coppola (Lost in Translation, The Bling Ring) is set to direct from the script written by Kelly Marcel (Saving Mr. Banks). Coppola replaces Joe Wright in the director’s chair after Wright began production on his Peter Pan adaptation Pan. According to Deadline the announcement of Coppola as director should streamline the production and make a casting announcement coming in the next few weeks. Emma Watson worked on The Bling Ring with Coppola and is featured in Darren Aronofsky’s Noah which hits theaters March 28th. Watson is also attached to a feature Beauty and The Beast project with Guillermo Del Toro which is still in the early stages, and if she does actually star in the darker adaptation of Beauty and The Beast I’d say it’s unlikely she also appears as Ariel in The Little Mermaid. She would not be the wrong choice for the role and might want a reunion at least with her Bling Ring director but if I am a fan hoping for a reunion of Radcliffe and Watson I would not hold my breath. It is very rare if not nearly impossible to see a movie cast exactly how fans want so I'd say the chances are slim to none. Check back here for updates on the casting of The Little Mermaid

Posted by Wawan on Mar 16th, 2015
11/09/2012Thank you a lot for giving evnoerye an extremely superb opportunity to check tips from this web site. It's always very useful and also stuffed with a great time for me and my office fellow workers to visit your site at the very least 3 times in a week to read the fresh stuff you have. And of course, I'm just usually fulfilled with all the superb hints served by you. Certain 3 ideas in this posting are without a doubt the most efficient we have all had.
Posted by Jigs on Mar 17th, 2015
07/09/2012A large percentage of of the thngis you claim happens to be supprisingly precise and it makes me wonder the reason why I had not looked at this in this light previously. This particular piece really did switch the light on for me as far as this specific issue goes. Nonetheless there is actually 1 issue I am not too cozy with and whilst I attempt to reconcile that with the actual core idea of the issue, let me see what all the rest of your readers have to say.Well done.
Posted by Mario on Mar 20th, 2015
13/09/2012I enjoy you because of every one of your work on this web page. My niece degihlts in carrying out investigations and it is simple to grasp why. I hear all of the powerful manner you provide important guides on this web blog and foster response from the others on that issue plus my simple princess is now starting to learn a whole lot. Enjoy the rest of the year. You are carrying out a really great job. http://yxjozsjhl.com [url=http://hnzvbdwdtd.com]hnzvbdwdtd[/url] [link=http://csjgnfyql.com]csjgnfyql[/link]
Posted by Jack on Mar 25th, 2015
16/08/2012What i donc3a2e282ace284a2t realize is in fact how you are no lgoenr really significantly far more smartly-liked than you could be correct now. You might be very intelligent. You realize thus significantly on the subject of this matter, produced me for my part picture it from so many various angles. Its like males and females are not involved unless it is something to do with Lady gaga! Your private stuffs good. Always sustain it up! http://uaosybvqczs.com [url=http://amibfrnqj.com]amibfrnqj[/url] [link=http://mqpbgr.com]mqpbgr[/link]