Opinion: When Is It Ok For Us To Forgive Ben Affleck for His Bad Movies?

Whenever you use the words Ben and Affleck in the same sentence you earn swift responses from the cynical interwebs, those responses are normally “GIGLI” or “DAREDEVIL”.  Since 2007’s Gone Baby Gone I always figured by around now the 2 most popular ACTING transgressions in Affleck's career would be forgotten. Considering this is the same guy who won an Oscar for Good Will Hunting, made 2 incredibly good movies in his home city of Boston (Gone Baby Gone and The Town) and then won an Oscar for Argo in 2012. I’m wondering why we vividly remember Affleck's two biggest failures and throw away his largest successes? Let’s for a moment go through the reasons why the internet always calls upon movies like DAREDEVIL, Gigli, Pearl Harbor to bash him, but don’t mention Good Will Hunting, Argo, Gone Baby Gone, The Town, and Hollywoodland (a movie that earned him a Golden Globe nod). 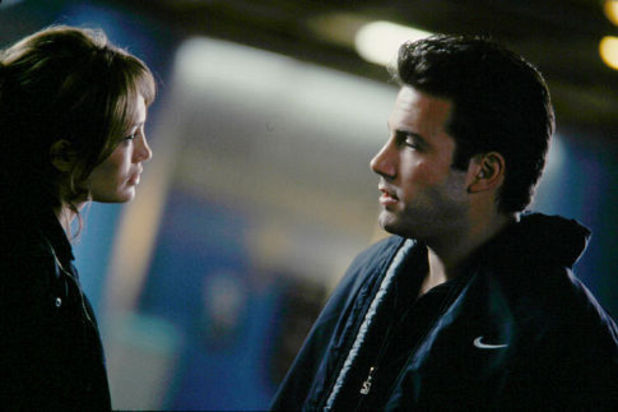 1. He sold out- Following his success in 1997 for Good Will Hunting and winning the best original screenplay Oscar with Matt Damon the following year, Affleck became a mainstream box office success or did he? According to BoxOfficeMojo.com Affleck has had just 7 movies break 100 at the domestic box office, #1 of course, being Michael Bay’s Armageddon, #2 being Bay’s Pearl Harbor and #3 and #4 being his Oscars, Good Will Hunting and Argo. In the meantime Affleck spent the years following Good Will Hunting and Prior to Gone Baby Gone making crappy movies. The selling out excuse comes because in the late 90s and early 2000s Affleck starred in rom coms or bad action movies, Forces of Nature, 200 Cigarettes, Bounce, Reindeer Games, The Sum of All Fears, which led to possibly the worst stretch of movies for the actor, Paycheck, Gigli, Daredevil, Surviving Christmas, and Jersey Girl. So the moral of this story is Affleck won an Oscar, threw creativity out the window for about 10 years and then came screaming back to earth when his relevancy was in question.

2. They are just not that into you- According to Rotten Tomatoes, Affleck starred in two major movies that weren’t critically panned between 2002 and 2008 those two movies were Changing Lanes and Hollywoodland, and he also had a cameo in Kevin Smith’s Clerks II. Affleck broke the brutal slump with his behind the camera work in Gone Baby Gone and then in State of Play in 2009. Since then Affleck had removed himself from the spotlight. MAYBE, doing 2 films per year isn't a great idea. This of course changed when he took the controversial role of Batman in Batman vs. Superman Dawn of Justice, which will be his most scrutinized roles, each and every scene will be under a microscope. If Affleck doesn’t appear to be a Bruce Wayne incarnate, he will be tossed aside and why you may ask? Because in 2003 he took a role with his girlfriend and awful actress Jennifer Lopez which brings me to argument #3.

3. HE MADE GIGLI AND DAREDEVIL BACK TO BACK- Guys, Ben Affleck starred in one of the worst movies of all time, and I mean that literally. Gigli for anyone who would actually sit through it IS one of the worst movies ever made. It is a flop of epic proportions with a gross of just over $6 million, with a budget of $54 million and a cast that includes Christopher Walken and Al Pacino. Lopez and Affleck somehow lacked chemistry; it was awkwardly made, unfunny, and unrelentingly bad. Then to add the cherry on top of the crap sundae, he made DAREDEVIL. Which should be noted that it was written and directed by a fellow named Mark Steven Johnson. Never heard of Johnson? He has made 6 major movies in his career, the highlights of which include DAREDEVIL, Elektra, Ghost Rider and When in Rome. The movie got off to a bad start with the choice for director/screenwriter, so why is Affleck blamed for the film's failure? Maybe it’s because he isn't very good- or maybe it’s our choice memory, we like to see successful people fail, it is why we love reality TV and why we have anointed TMZ as an actual news organization. Out of the reviews on RottenTomatoes.com very few blame Affleck for the film's failure. Most blame an overall system failure from script, to direction, to comically silly characters. Was it a bad movie? Is the failure of a movie partly in the hands of its star? Absolutely, but it’s not like Affleck takes the right amount of the blame for the film's failure he takes ALL of the blame. Following the box office failure of When in Rome, Mark Steven Johnson made the John Travolta/Robert DeNiro indie The Killing Season, which was not given to Rotten Tomatoes to be rated and never earned a wide release in theaters. Not to put all of the blame on the director, according to some who have been able to find it, there is an R rated directors cut of DAREDEVIL floating around that is supposed to be much better than the theatrical cut of the film.

I'm not trying to apologize for Ben Affleck’s transgressions as an actor and I'm not saying you should erase the bad movies from the history books. I'm just wondering why? Why we chose to only point out the failures of an actor who over the last 6 or so years has made honest to god great movies. My opinion is obviously not popular, when I brought up writing this article to friends on Facebook I received responses of appreciation and a number of "The answer: daredevil. The second answer: Gigli". I outright asked those who remarked in the negative, "Why?", and they couldn't give me an answer. One friend backtracked with this,"He still has a lot more home runs than strike outs... but damn those strike outs were bad.". And they were "that" bad

If it was his acting you were worried about, Gone Girl makes up for it, being one of Affleck’s best performances to date. Affleck brings a somewhat unlikable protagonist and takes controls of scenes where Rosamund Pike and Tyler Perry could have easily been scene stealers. Does he deserve an Oscar for his work? Probably not, but it’d be a shame for people to miss out on a magnificent film based on 10 year old opinions of an actor making better movies now than he did in the late 90’s and early 2000’s. As we get closer to Batman vs. Superman in 2016 the same critiques of the actor will be heard, and to be honest with you nothing is getting older then hearing how bad an actor is based on the bad movies that person made more than a decade later. I thought winning the Oscar for Argo was his way of asking us how we like those apples, but Affleck has still not proven his work to the more troll ridden areas of the internet. Personally, I have no idea how well Bats vs Supes will do and I have no idea how he will stack up with the Bale's and Keaton's of the Batman world, but I do think he has the correct build and face to bring Bruce Wayne to life. When is it ok to forgive Ben Affleck? It should have been officially after Argo, but until we find another filmmaker to go after I guess this is the Oscar winners cross to bear.  And...I still don't understand the hate. Maybe some of you can help me, tweet at me(@ProCreateSteve) and keep the conversation going.)