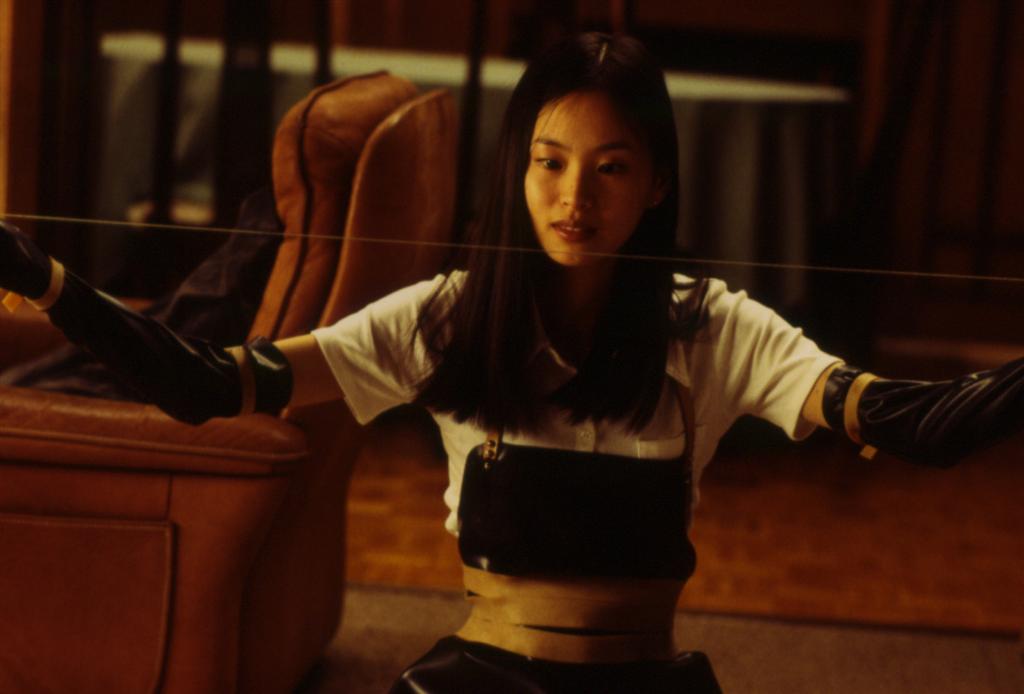 The 1999 gag inducing horror cult classic Audition is something to behold, It is by far one of the most chilling Japanese horror films of the late 90’s and it is one of the craziest movies I have ever watched. Audition follows a widower who thanks to a friend sets up a fake Audition to meet a new wife, the women he falls far is not what she seems.  Audition is based on the 1997 novel by Japanese author Ryu Murakami.

Mario Kassar, a producer who has been involved with the Terminator Series, Rambo, Jacobs Ladder, among others wants to remake the film according to Deadline Hollywood.  He also produced Showgirls and Cutthroat Island, 2 of the biggest mistakes in film history, so the producer has a somewhat checkered background. Kassar is working on bringing Audition to an English audience and I for one think it’s a horrible idea. The argument for is that remakes of Japanese or any foreign horror film have worked The Ring, The Grudge, Funny Games, Let Me In(Let the Right One In) have all worked very well as remakes. The argument against is you have remakes like The Eye, One Missed Call, and others that were remade for an American audiences and lost the effect they had through their foreign, mostly low budget style. Audition is a dark, slow burn horror movie about a woman who uses careful and personal ways of torture and takes some twisted sort of glee in doing it. It is for lack of a better term F***ed up and really one of the creepiest films I have ever watched. I don’t think it would play to an American audience the same way.

I first heard about Audition back in the day when Bravo was showing West Wing reruns and had created my favorite countdown of all time, the 100 scariest movie moments. It’s a must watch for horror fans and it introduced me to SO many horror movies I would not have watched otherwise. I remember seeing the countdown multiple times and wanting to watch as many of the movies on the list as I could. At that point I was working at a blockbuster video near my house, a blockbuster video that had so many weird horror movies, so many foreign horror movies it was tough to not watch. It helped I was a 16 year old with 8 free rentals a week and no girlfriend, so the choices were boundless.  I decided instead of watching it by myself, I would invite some friends over to watch. At that point I was sort of a horror movie sommelier, watching horror movies then forcing my friends to watch them too.   Most of the people either left the room halfway through or watched in the entrance to my living room. All left wondering what they had just experienced and that is the greatest asset of this particular film. It is one of the best Japanese horror movies I have ever watched and it is also so horrible, so disturbing that I am not sure there is a way to remake this movie and give it the same effect. I don’t mind remakes if they broaden the spectrum or if they make a substantial remake without taking away the essence of why the original film was so successful.  It’s making a remake nearly 20 years after the original for no other reason than it seems like a horror movie that we could make PG-13 and release it in mid-January. It’s a bad idea because the part of the reason why Audition is so scary is the way it’s filmed, it’s not well lit, and it’s not colorful. It’s dark and it’s wonderfully twisted, it’s one of those movies that should never be remade. It should be watched once, studied, and then never watched again because why the hell would you subject yourself to that!

Deadline included details of the remake “In this version, to be directed by Richard Gray (The Lookalike), Audition‘s unlucky protagonist is Sam Davis, who lives alone with his son following the death of his wife seven years prior and is convinced by a filmmaker friend to stage the fake auditions. The former ballerina with a mysterious past he falls for is now named Evie Lawrence, but otherwise details fall closely in line with Murakami’s best-seller.”

Check out the 100 Scariest Movie Moments clip about Audition and let me know what you think.