Freddie Mercury Biopic Back In Flux After Director Drops Out

The Biopic about the life of Queen

front man Freddie Mercury has gone through a few phases in the last year or so; Sacha Baron Cohen was originally attached to star in the film but after creative differences with the living members of the band who have director and script approval the Borat star removed himself as the lead. More recently the film was actually moving forward with Skyfall actor Ben Whishaw in the leading role and Actor/Director Dexter Fletcher (Kick-Ass, Muppets Most Wanted) was ready to begin pre-production on the movie that was set to begin shooting this summer. Now Fletcher has left the film due to creative differences and producers begin searching for a new director. As of now Whishaw is expected to remain in the lead role and the film is hoping to remain on track for a summer start to filming. The script for the Untitled Freddie Mercury Biopic was written by Oscar nominee Peter Morgan (The Queen, Frost/Nixon) and is being produced by Robert De Niro and his Tribeca productions. 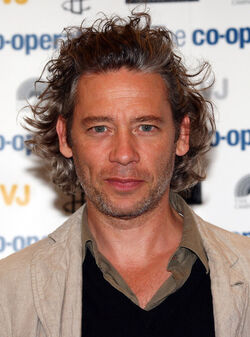 Personally I would have loved to see Sacha Baron Cohen take on this role, he had the opportunity to really embody the character and he also kind of already looked the part. That being said I also really enjoy the work of Ben Whishaw especially in the last few years on the short lived BBC America program The Hour, and in Skyfall as Q (A role he absolutely killed). Whishaw is a fantastic young actor who I can imagine will play this part very well. Once a director is found the movie should move forward but of course there is always a director or two you would like to see take on such a story. One of them would be Terry Gilliam (both Gilliam and Whishaw worked together on The Zero Theorem which is set to hit theaters this year) or Les Miserable director Tom Hooper (maybe with less close-ups). Either guy I believe could make this movie work especially since it has gone through the ringer the past year or so it could use a stable helmer to guide it through.